Royal Academy Of Arts Has The First Fellow Awarded in Past More Then Two Hundred Years (February 14, 2004 ASIAN JOURNAL)

On Feb. 10th, 2004 at the office of British Council in Washington DC Royal Academy Of Arts awarded Fellowship to Master Wan Ko Yee. Master Yee is a world-famous artist, a great Chinese painting artist, and the founder of Yun sculptures which are beyond natural beauty. The award of fellowship certificate and medal further confirmed Master’s extraordinary contribution to art of the whole world.

Royal Academy of Arts was founded by King George III in 1768. Up to now it has more than two hundred years history. It is a world-famous art institute. Many seasoned artists wish to pursue advanced study at this Academy. But this Academy admits only twenty extraordinary artists each year from all over the world to take courses for three years.

Professor Phillip King, President of Royal Academy Of Arts, announced during the award ceremony: Royal Academy Of Arts has a profound history. Today we are honored to award fellowship to the great artist and spiritual leader, Master Wan Ko Yee. This is a very important and honorable event of our Academy in the past more than two hundred years since our establishment. Therefore, Master Wan Ko Yee is the extraordinary art figure that we have been searching in more than two hundred years since our establishment and could not find until today.

This is tremendous blessing of Royal Academy Of Arts. Our Academy has one hundred Royal Academicians, but there was no one who in the past more than two hundred years was awarded the above-mentioned Fellow. This noble position is awarded to only the most distinguished artist in the world. 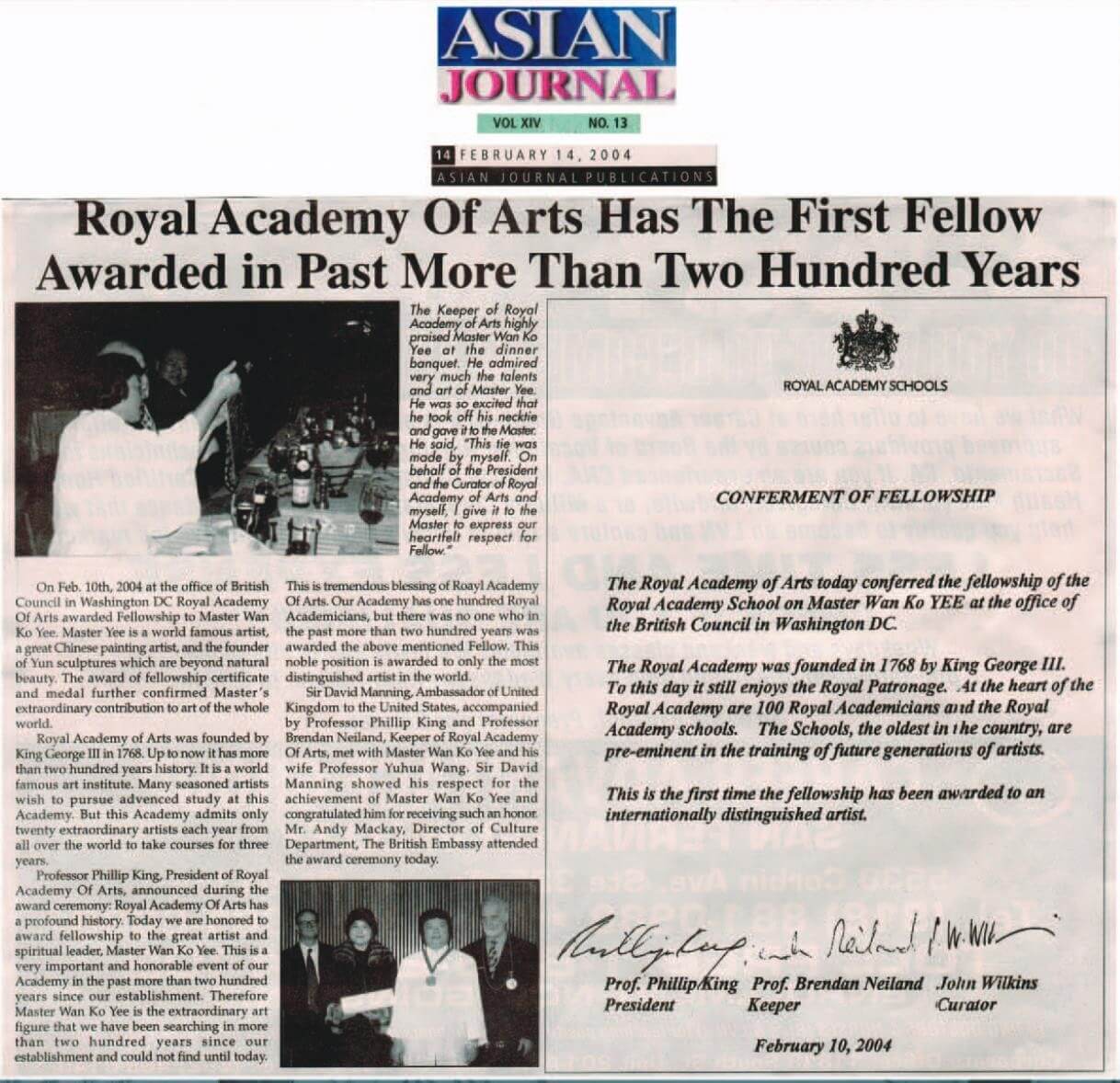 Royal Academy Of Arts Has The First Fellow Awarded in Past More Then Two Hundred Years (February 14, 2004 ASIAN JOURNAL)